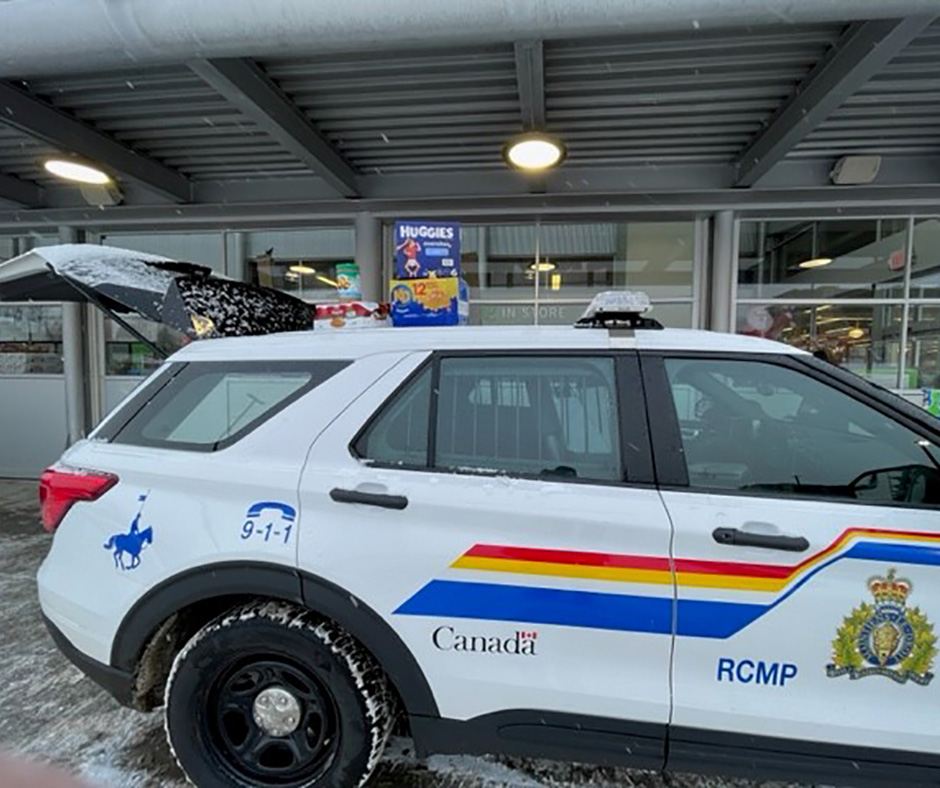 Stationed outside three Save-On-Foods locations throughout Prince George, police officers, municipal employees, 9-1-1 dispatchers and other volunteers greeted shoppers on their way into the grocery stores, asking for donations of food and toiletries for the Salvation Army Food Bank.

“The residents of Prince George did not disappoint us this year: we received nearly 8000lbs of food and over $2800 in cash and gift card donations for the Salvation Army Food Bank. We exceeded all expectations and we have the generosity of those who participated to thank for such an amazing result. The Salvation Army is a valuable partner, as they work closely with our RCMP Victim Services unit, helping families during times of crisis. This was an opportunity for us to give back to their organization,” states Cpl. Jennifer Cooper, Media Relations Officer for the Prince George RCMP.

A big thank-you goes out to Save-On-Foods for hosting the event once again.